The latest update to Wixie introduced Magic Stickers. Magic Stickers are images that can change the way they look, such as dice you can roll, clocks that change their time, and more.

Magic stickers can change the way they look in different ways - the change can happen the first time the sticker is shown, when the sticker is clicked, or both. How it works depends on the sticker. For example:

Also, some Magic Stickers save their state. For example, a sticker that displays a random two digit number will pick a random number the first time it is shown, and then always show that same number.

Say you are creating a template for students to practice adding two digit numbers. If you want to have six problems to solve, you could place 12 numbers on the page and every student would do the same math problems. With Magic Stickers, you can put the same sticker on the page twelve times. When each student opens the template, the stickers will display twelve random numbers. Every student will have a unique set of problems to solve. 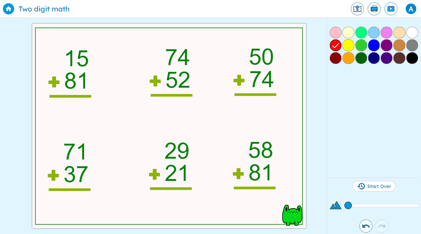 Magic Stickers that save their state only save when students are working on the template. So while teachers are building the templates, the stickers will change, but their states will not be saved.

Magic Stickers can be found in the Stickers library. Use the Image button in Wixie, select Stickers at the dialog and navigate to the “Magic” folder.

This folder has two sub-folders containing images that change on a “click” or when the project is “first opened.”

Magic Stickers need to be locked or protected to activate. If they are not, they will act just like every other sticker.

To make a Magic Stickers active, select the sticker, go to the Edit menu, choose Properties, and select either Locked or Protected. Locked objects will activate and cannot be edited, this is the most common setting you will use. Protected stickers will activate, but can still be dragged around the page. This is useful if you are creating a template that involves sorting random numbers.

You can find templates that already include Magic Stickers in the Wixie Templates library and we will continue adding more. 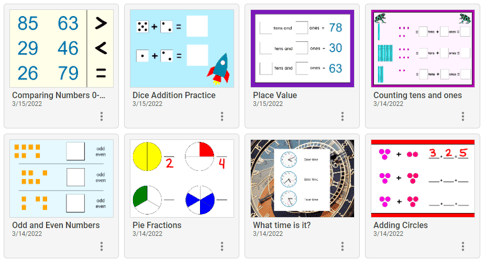 Here are eight examples to inspire your own designs: