Wixie is certified as a TrustEd App by IMS Global 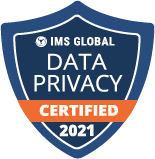 This update is for Iain

Full disclosure: My 9 year old son can’t type. Actually, he has no interest in technology unless it is playing Clash of Clans. He would rather be playing soccer. He can juggle a soccer ball 1,194 times without stopping but it takes him 10 minutes to type a simple sentence (a minute of typing and 9 minutes of groaning). Because he types very slowly, he isn’t really interested, and he would rather be outside running around, he gets frustrated easily when asked to do things that involve typing. After watching him fatfinger his Wixie password five or six times and getting frustrated, I decided he really needs to be able to see whether he is typing in his password correctly. Since his password is iain111 (I made that up, but it is something just as easy) every kid in his class knows every other kid’s password. So there really wasn’t much of a security concern; just make it easier to get the password entered correctly the first time.

Today we released an update to the Wixie Teacher Tools and Administration tools. This update adds a new privacy setting for schools and districts as well as reorganizes some functions to hopefully make them easier to find.

Here is what is new:

New privacy setting. Organizations now have the option to only require a Public Key when viewing student work. This makes it much easier for teachers to share what they are creating in Wixie while still restricting access to student work.